An Interesting BC Poet 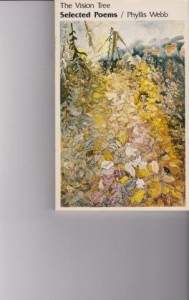 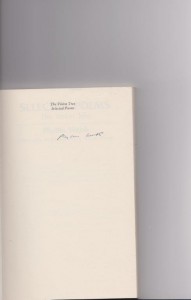 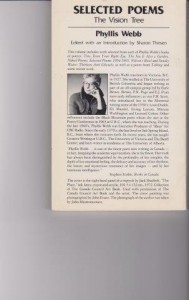 Victoria-born Phyllis Webb (1927-) is a brilliant Imagist poet who was educated at McGill and UBC. She went on to teach university English at UBC, U of Victoria, U of A, and the Banff School of Fine Arts. A poet, script writer, essayist, and reviewer, Webb also worked for the CBC as a program organizer and was involved in political activities. The Vision Tree collection of poems won the Governor General Award in 1982. She now lives on Salt Spring Island.