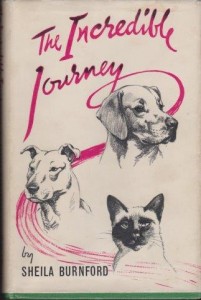 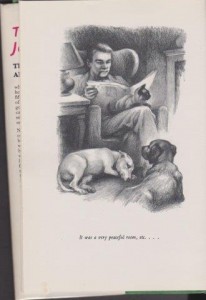 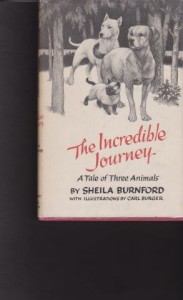 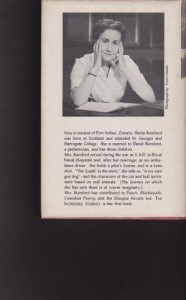 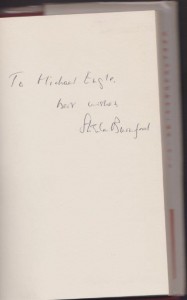 Sheila (Philip Cochrane) Burnford (1918-1984) was born in Scotland and was a volunteer ambulance driver in World War II. In 1951, she married and emigrated to Port Arthur, ON where she raised three children and three pets (the latter which inspired her most famous book). Burnford won the Canadian Children’s Book of the Year (1961)  for The Incredible Journey.  Later she wrote Fields of Noon (1964) and One Woman’s Arctic (1973) about her travels in the North by dogsled, watching narhals in Pond Inlet, as it used to be. Burnford’s famous book was eventually given Disney children’s movie treatments twice, no less.