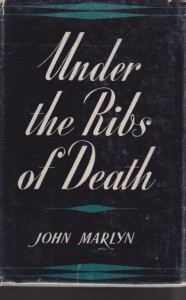 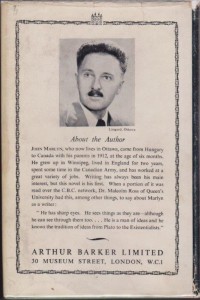 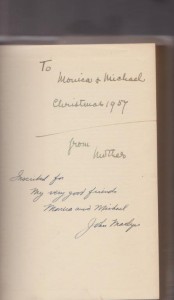 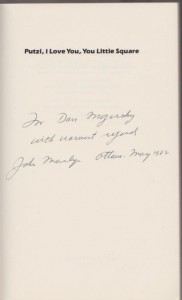 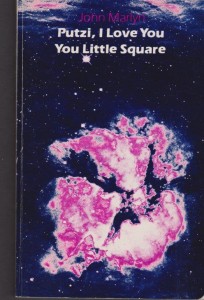 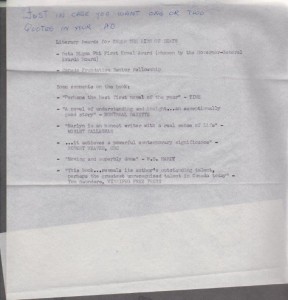 (Marlyn’s typed critical quotes for Ribs, laid into above book)

John Marlyn (1912-2005) was an Austro-Hungarian who grew up in Winnipeg through the lean years of the 1930s. He served in the Canadian army, relocated to Ottawa, wrote SF under the pen name Vincent Reid, taught creative writing at Carleton U, and retired to live in the Canary Islands where he died of a heart attack. His Under the Ribs of Death reveals what Winnipeg was like from the late ’20s into the 1930s as well as the struggles of urban ethnic newcomers during the depression.

This book was a real eye-opener in my second year CanLit course with Walter Swayze at U of W–that good CanLit writing was possible and had happened in my hometown of Winnipeg. Other Manitoba writers I had first contact with then included Gabrielle Roy and Margaret Laurence (when it came out, that’s when and where I first saw Rachel, Rachel –the successful movie adaptation of A Jest of God).