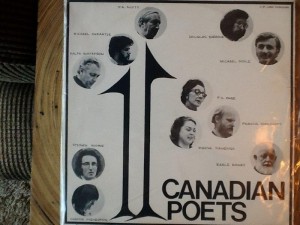 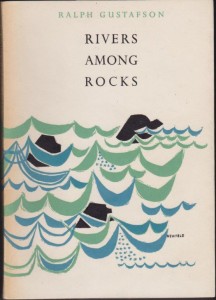 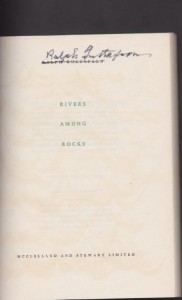 (rare signed of this title, 1960, McClelland & Stewart; beautifully designed by Frank Newfeld as part of a series he did for M & S) 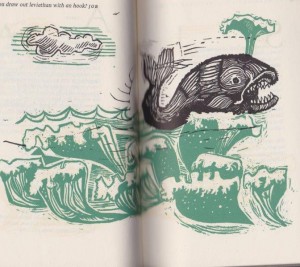 (The great Frank Newfeld will be featured later.)

Ralph Gustafson (1909-1995) was born in Lime Ridge, Quebec. He attended Bishop’s University (Lennoxville) and Oxford U. While he was living in New York, he edited The Penguin Book of Canadian Verse. His  poetic craftsmanship is most evident in Rivers Among Rocks.