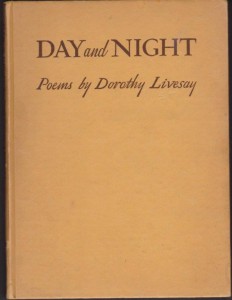 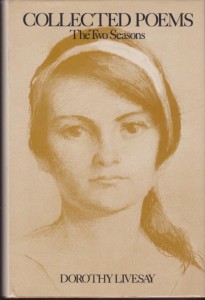 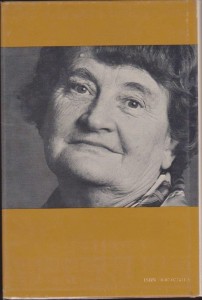 ( 1972 McGraw Hill Ryerson dj; neither drawing or photo are credited) 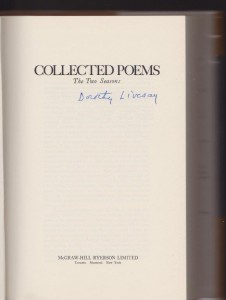 (signed copy of above book) 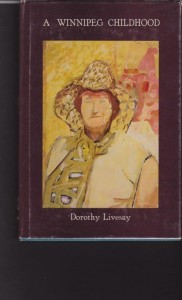 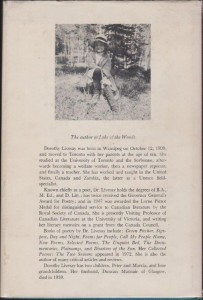 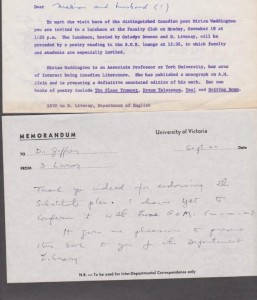 (these two rare signeds were laid into the above book; 1st is U of AB invitation; 2nd is a U of Victoria memorandum; c.f. Miriam Waddington for a note back to ‘Dee’)

Dorothy Kathleen May Livesay–aka Mrs. D.C. Macnair (1909-1996) was born in Winnipeg and eventually taught in various parts of the world including Zambia.  She received her BA at the U of Toronto and studied at the Sorbonne. The ever-busy Livesay also worked as a social worker in New Jersey and Vancouver, and for the YWCA as well as UNESCO. She was a journalist, writing for newspapers in Winnipeg, Toronto, and Vancouver. Eventually, she became a professor at the U of AB and U of Victoria. Her first poem collection was The Green Pitcher (1928). Her second G-G winning collection was Poems for People (1947). She also knew Raymond Knister and wrote a memoir for his collected poems.