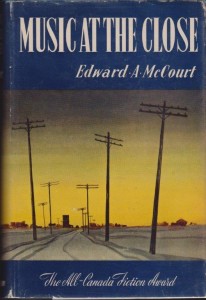 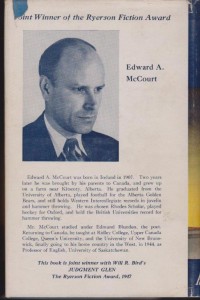 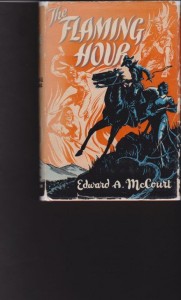 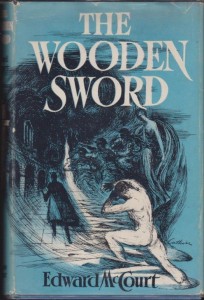 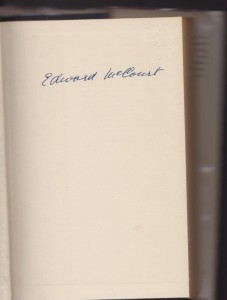 Edward (Alexander) McCourt (1907-1972) was born in Ireland and then grew up near Kitscoty, AB. He was a Rhodes scholar and quite the university athlete at Oxford and U of AB. He eventually became a university professor at U of SK in Saskatoon. He wrote non-fiction ( Road Across Canada–about the Trans-Canada highway) as well as several novels Home Is the Stranger (1950), Walk through the Valley (1958), and Fasting Friar (1963). Music at the Close was his best-known novel.