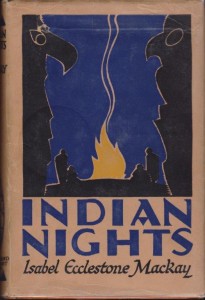 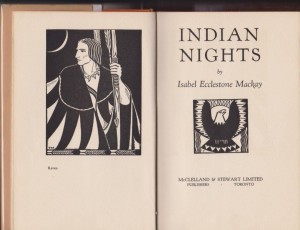 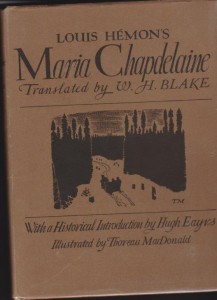 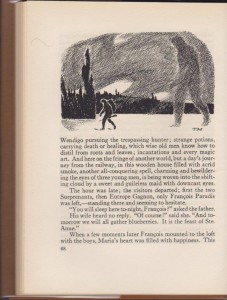 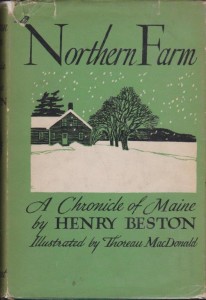 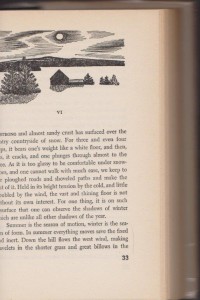 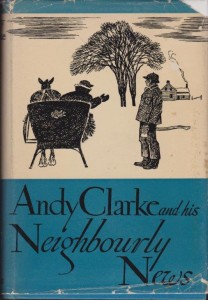 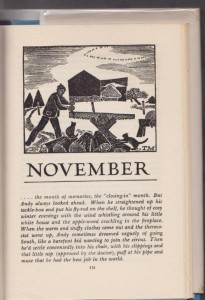 (Ryerson, 1939 dj and illustrations by month) 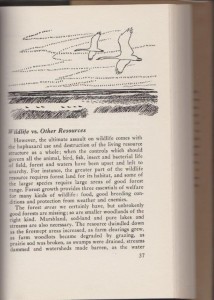 (illustration from Hurt Not the Earth by E.Newton-White, Ryerson, 1958) 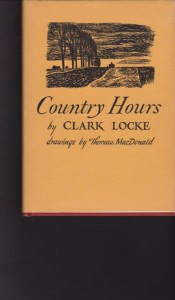 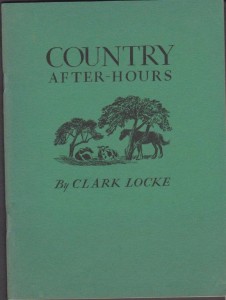 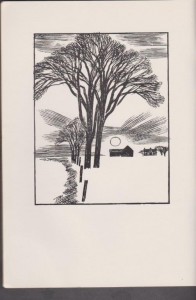 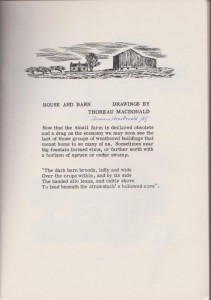 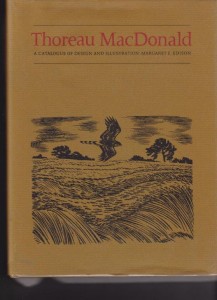 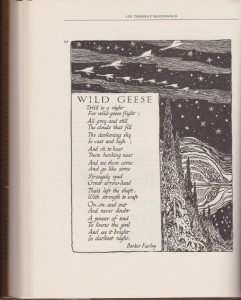 (left: the ultimate overview of his work, U of T Press, 1973; right: poem illustration from this book) 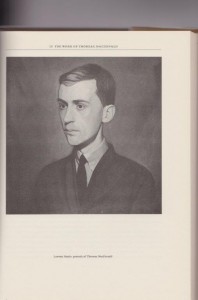 (from the same book: uncolored copy of painting of MacDonald by Lawren Harris)

Thoreau MacDonald (1901-1989) was named after Henry David Thoreau and was the only son of The Group of 7’s J.E.H. MacDonald.  Subject-matter-wise, MacDonald was interested in rural living and Nature. His specialty was black-and-white pen drawings; his lettering and designs adorned many Ryerson books.