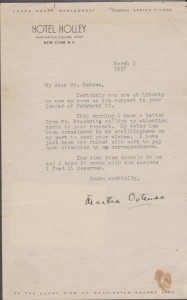 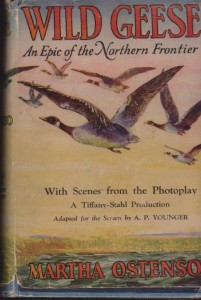 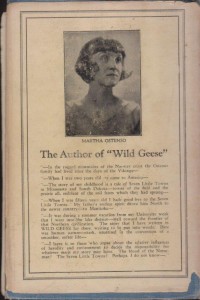 (Ostenso’s first award-winning book with blurb on back cover; McClelland & Stewart, 1925; it was adapted as a movie, making it–along with de la Roche’s Jalna and Hemon’s Maria Chapdelaine)–one of the first Canadian novels to be turned into a film) 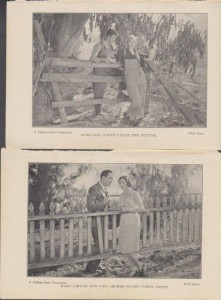 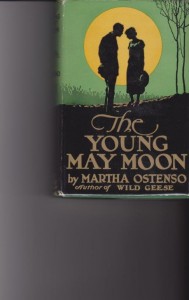 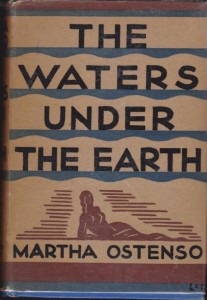 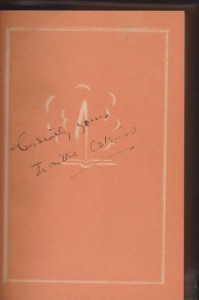 (from the same book, rare signed endpaper of this title) 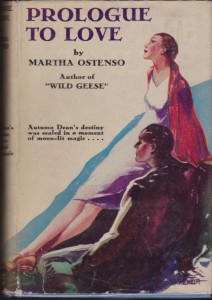 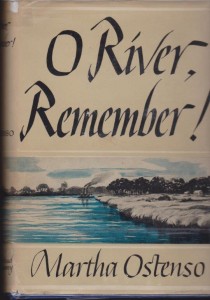 Martha Ostenso (1900-1963) was born in Norway and came with her family to live in Winnipeg. She met Douglas Durkin, a married professor at the University of Manitoba, with whom she eloped to New York. Ostenso studied at Columbia and was a social worker there before they moved to Minnesota and eventually married. Wild Geese (1925), a prize-winner is generally considered to be her best novel. It was made into a film three times including a Canadian production After the Harvest starring Sam Shepard. Her work and life declined after she and her husband moved to Hollywood, and she later died of cirrhosis.